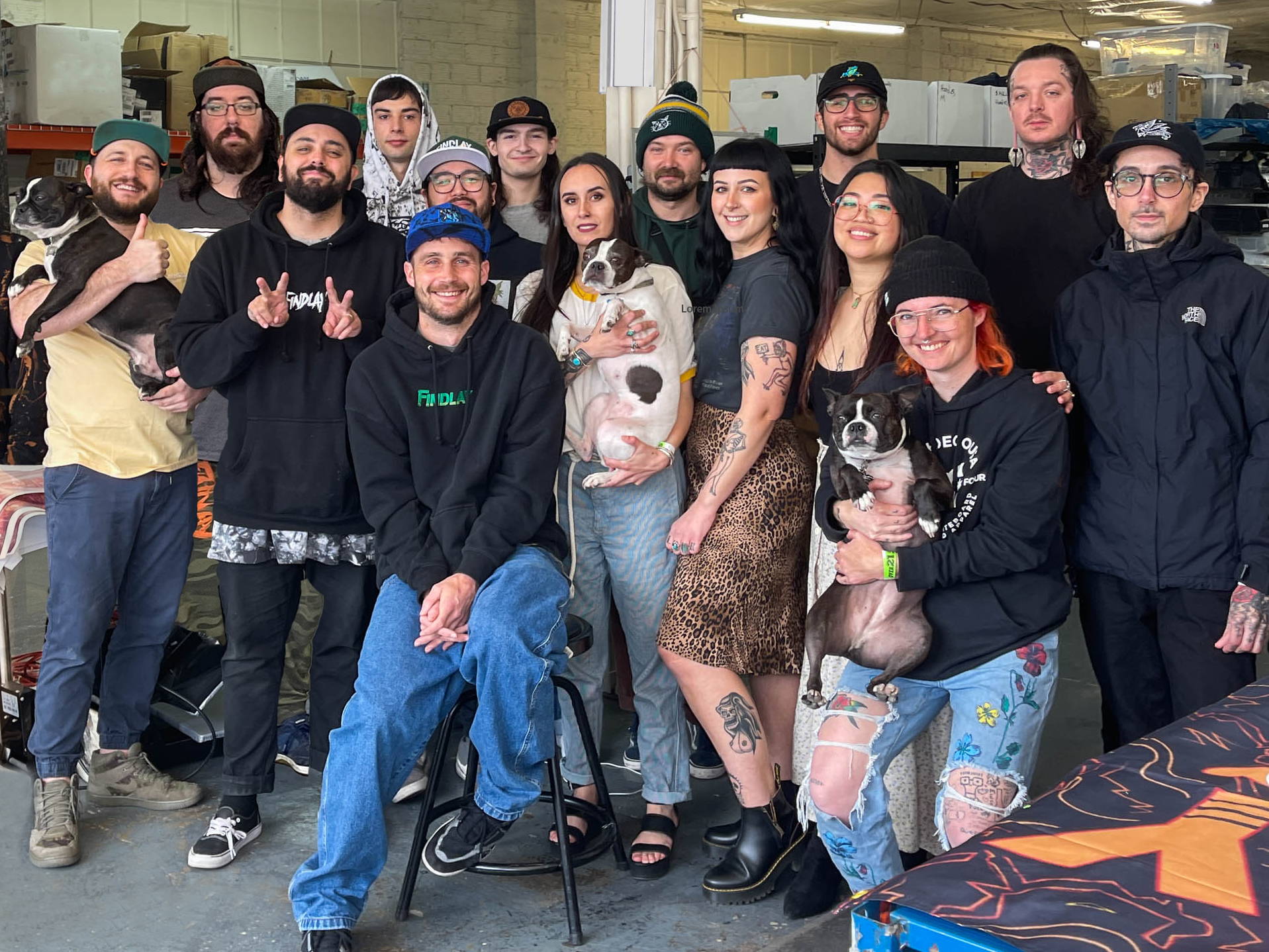 Built for good times, and unlike anything else on the planet

From the living room, to the garage & now a warehouse. We are a small, hardworking team trying to create the best company we can.

Thank you for being part of this journey with us. 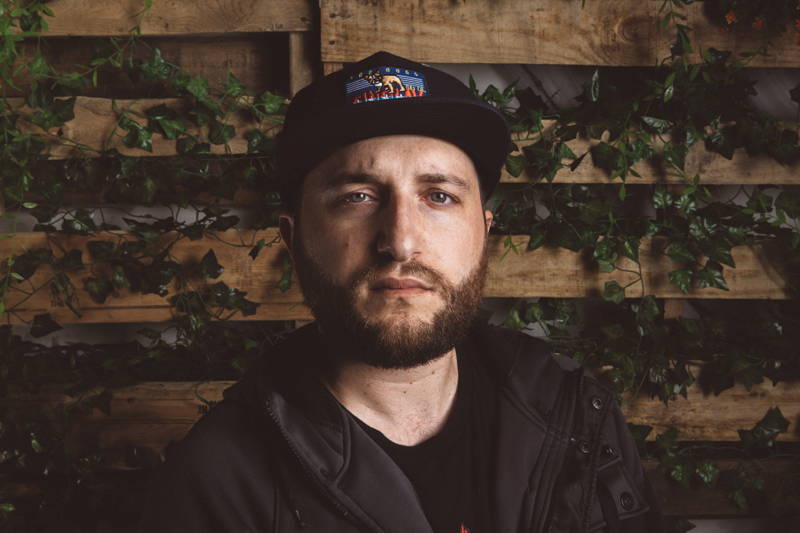 Jimmy Findlay Hickey
Founder/Runs Things
--------------
Heya Findlay Force! I just want to express how grateful I am to have the Findlay Force out there. Seriously, we wouldn't be here without you guys, and we are forever grateful to have such an amazing tribe of good people around our brand. We go against the grain, we aren't insiders or part of the "cool" scene. We are just a few people who are passionate about Findlay Hats and creating the best products & company we can. We are the hungriest brand on the face of the earth and we are ready to eat.

That's all for now. Just remember to do what you love, with the people you love.
- Jimmy 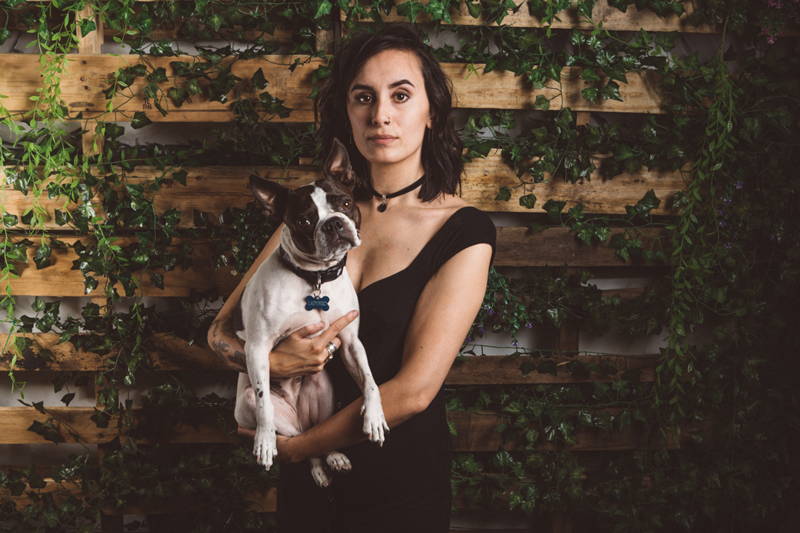 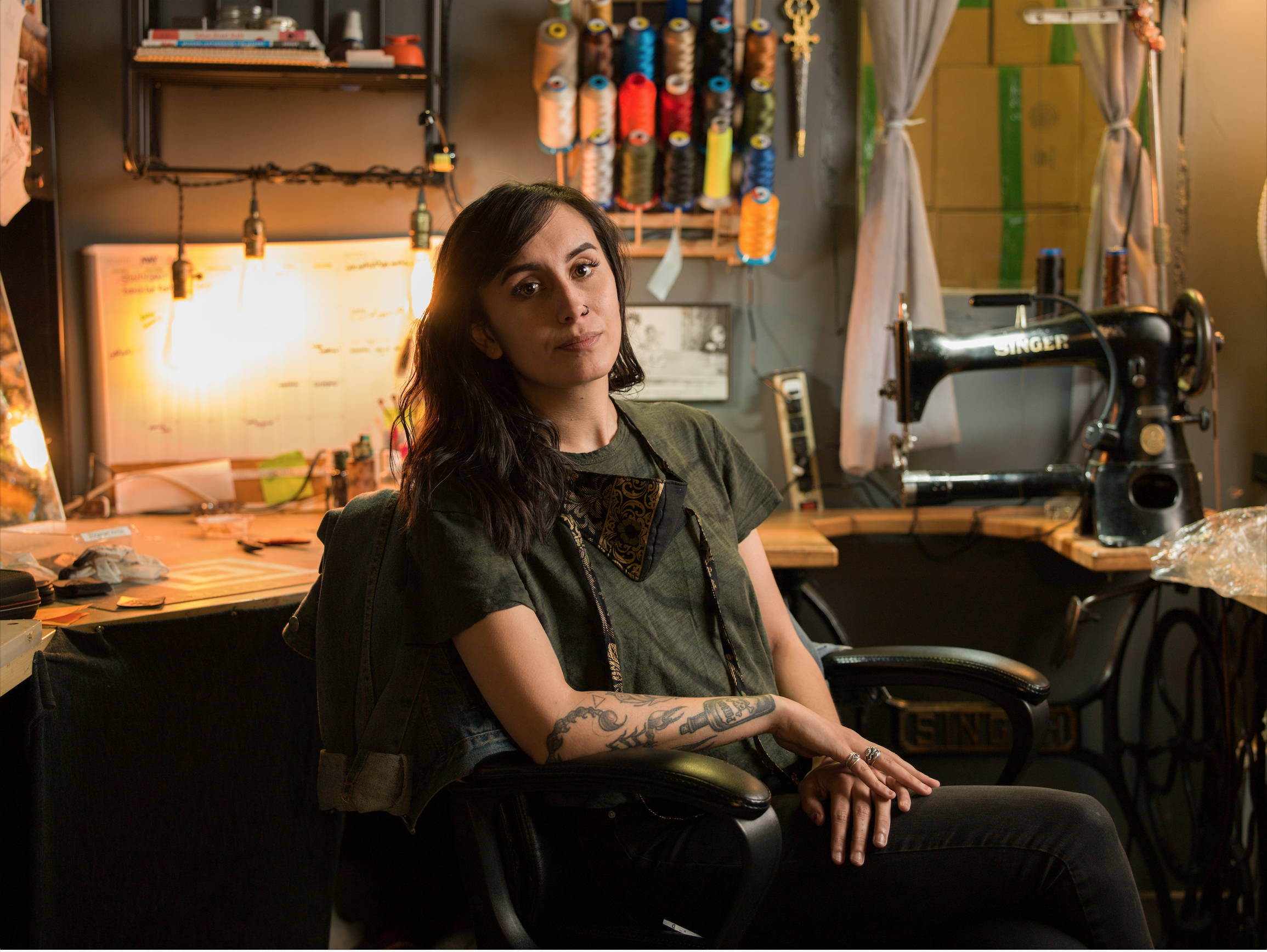 Sarah has been here since the beginning. From hand stitching every pocket in the original Findlay living room, to endless hours in the garage, and now her own department & office at the warehouse - her space is about the size of the original living room by the way.

If she isn't behind the sewing machines or serger, she is working on her own creative projects. 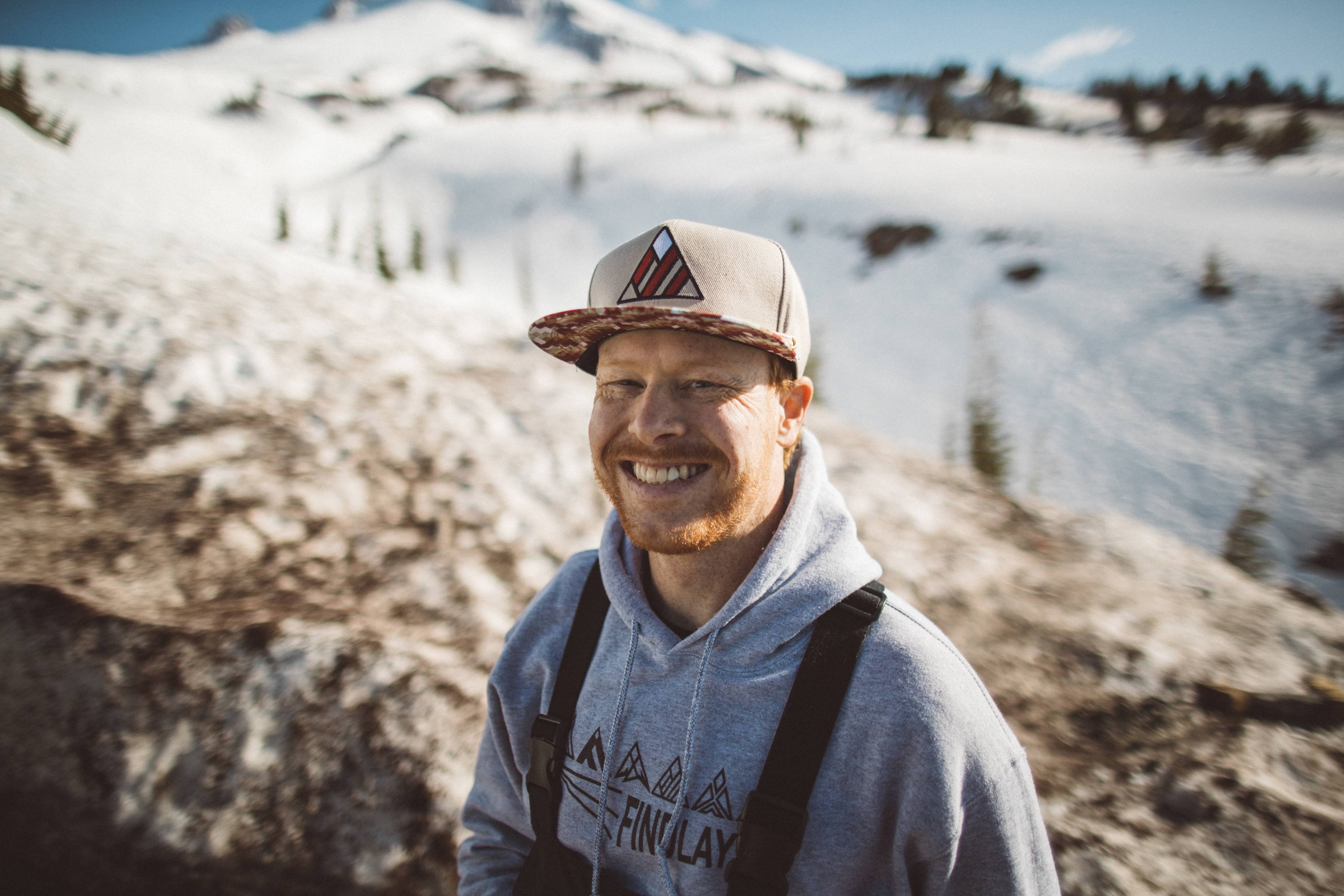 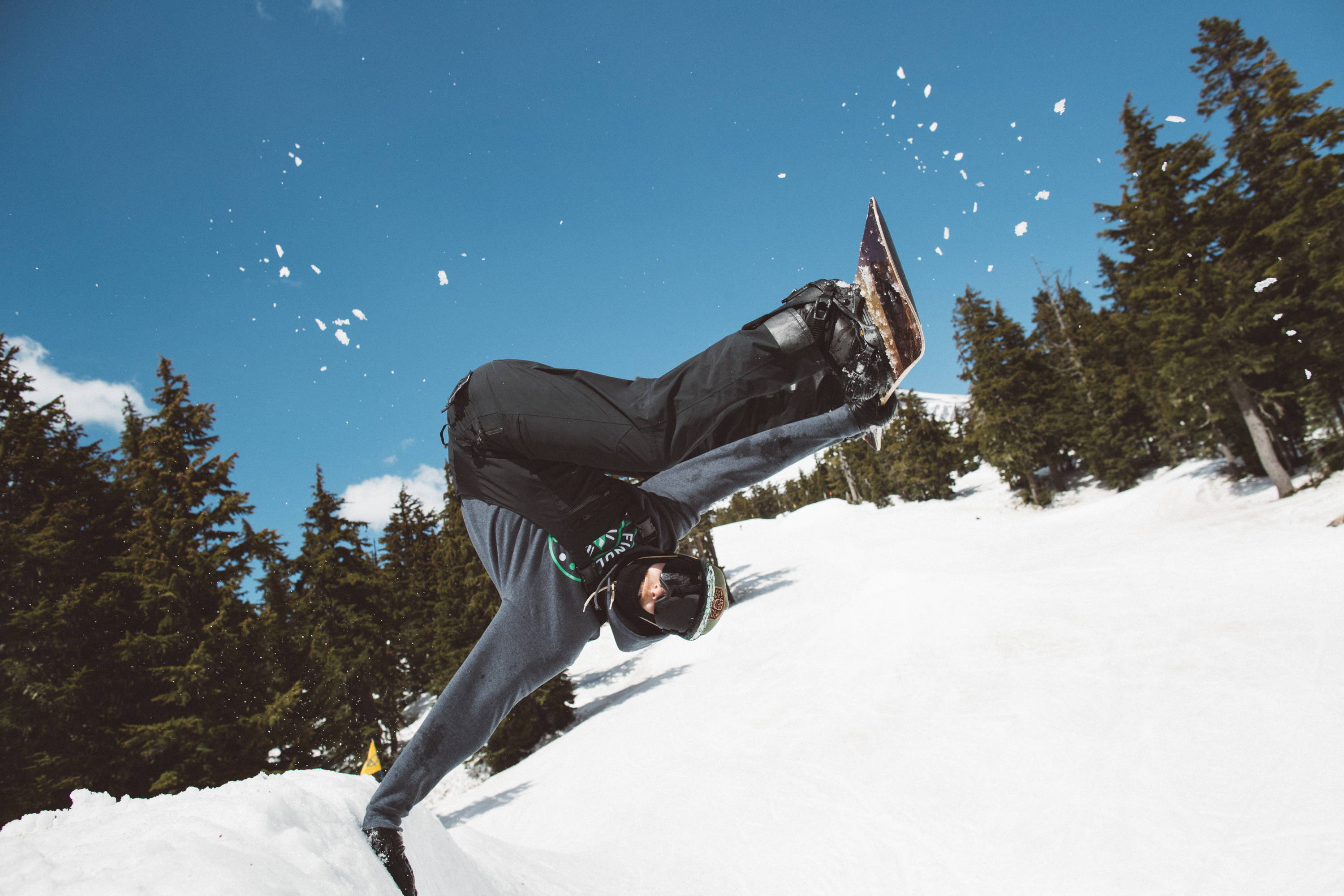 Retired pro snowboarder, Brett handles incoming collaboration and wholesale requests. Find him out on the Deschutes River rafting or at the warehouse with his trusty pup, Jackson. 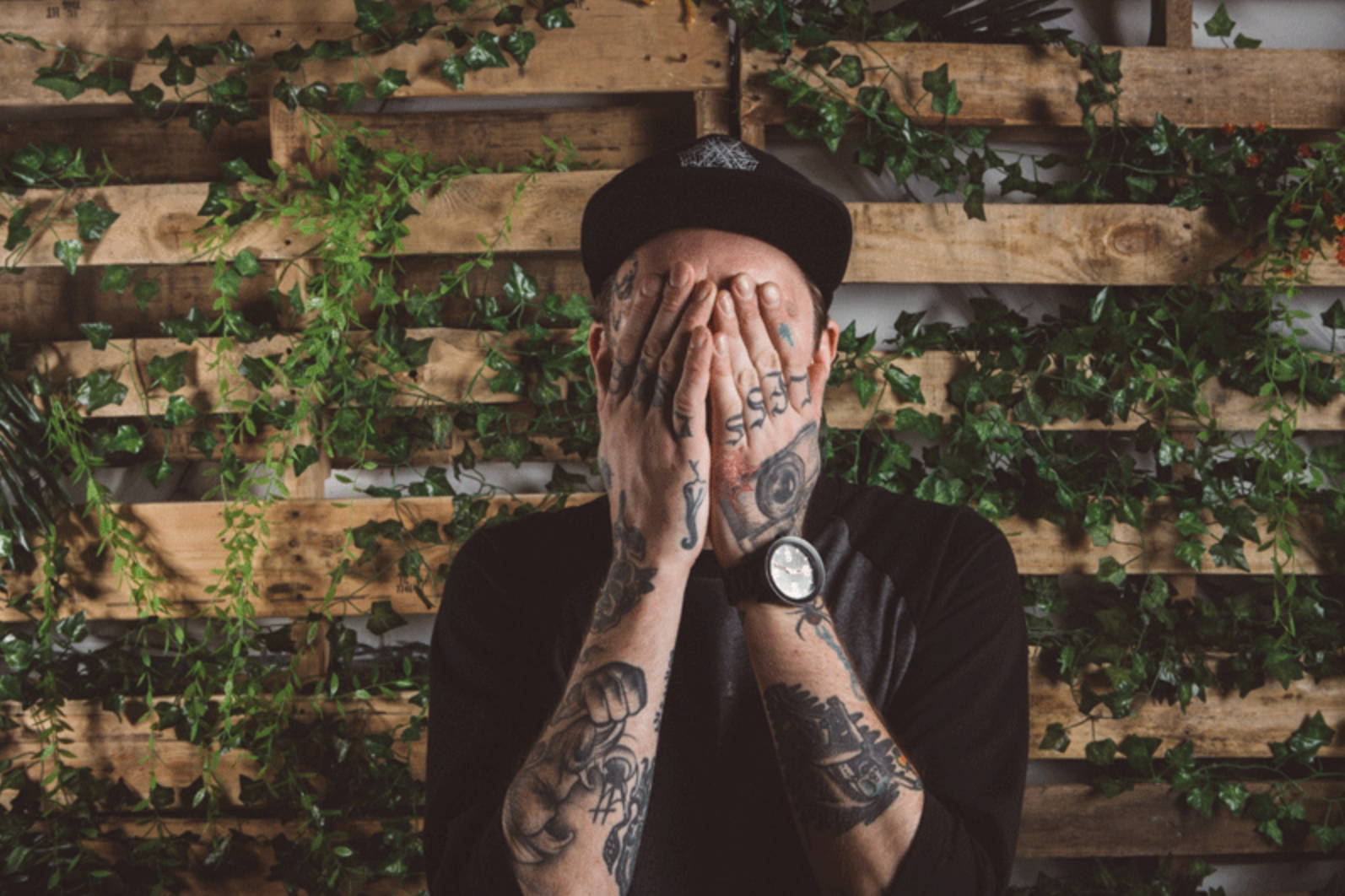 Rob has been grinding here for years now and is directly involved with many aspects of what makes Findlay great.
When not working you can find him up on Mt. Hood snowboarding, skating somewhere in Portland or playing the bass. 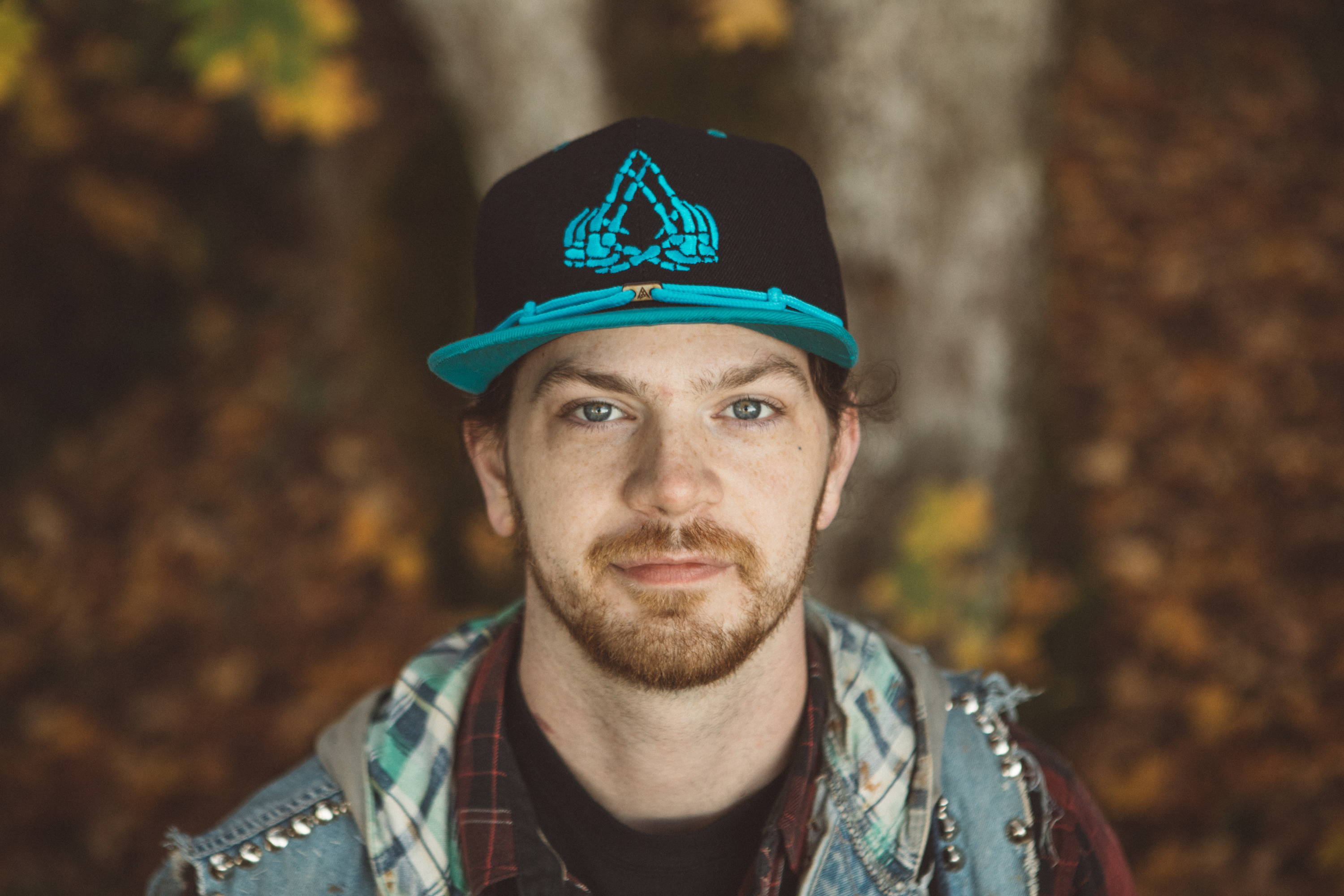 Based out of the Seattle area, Dylan has been a long time Findlay Force member. He helps handle the massive amount of comments and messages we receive on our social media channels and handles customer service.

The only dad on the team, he can be found skating in his free time & you may recognize him from MTV's "How Far is Tattoo Far" 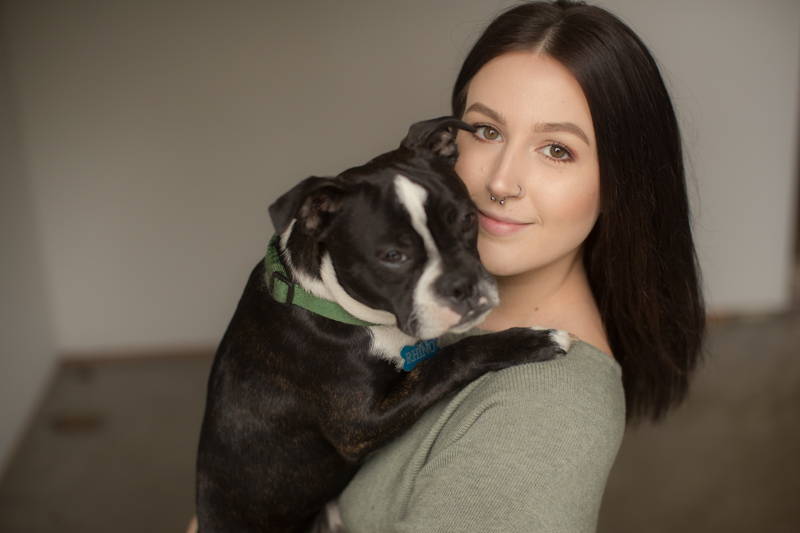 Amanda oversees all things production, from embroidery to shipping. When she's not at work she can be found exploring the Pacific Northwest with her dog Marley and working on her conversion Sprinter Van. 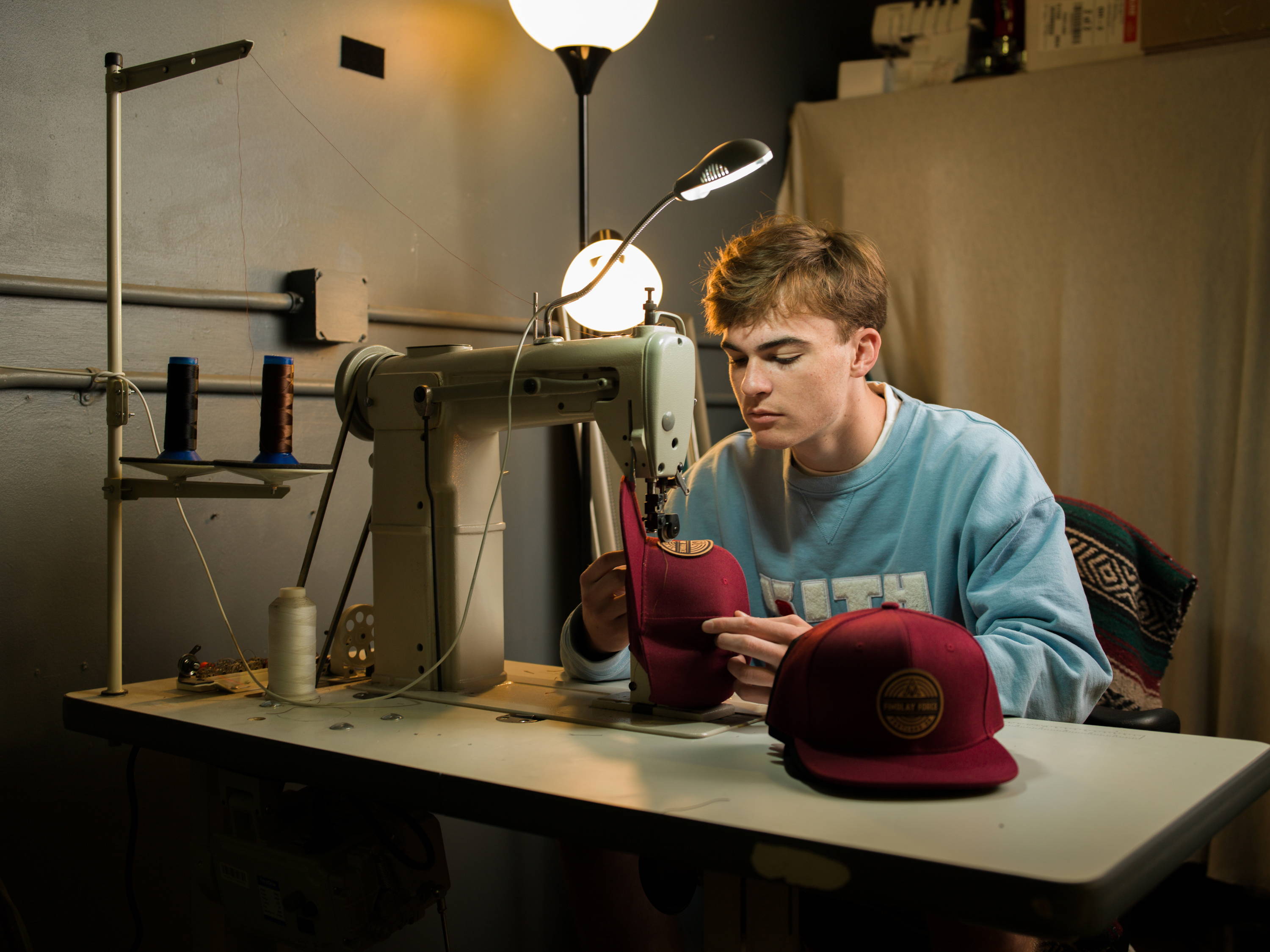 Charlie is the youngest member on our team and is just starting to help our sewing department. He runs a brand called Chucks Lab and will be going to school for Fashion Design in the Fall. Stoked to have Charlie helping us out and excited to see where his career & brand takes him! 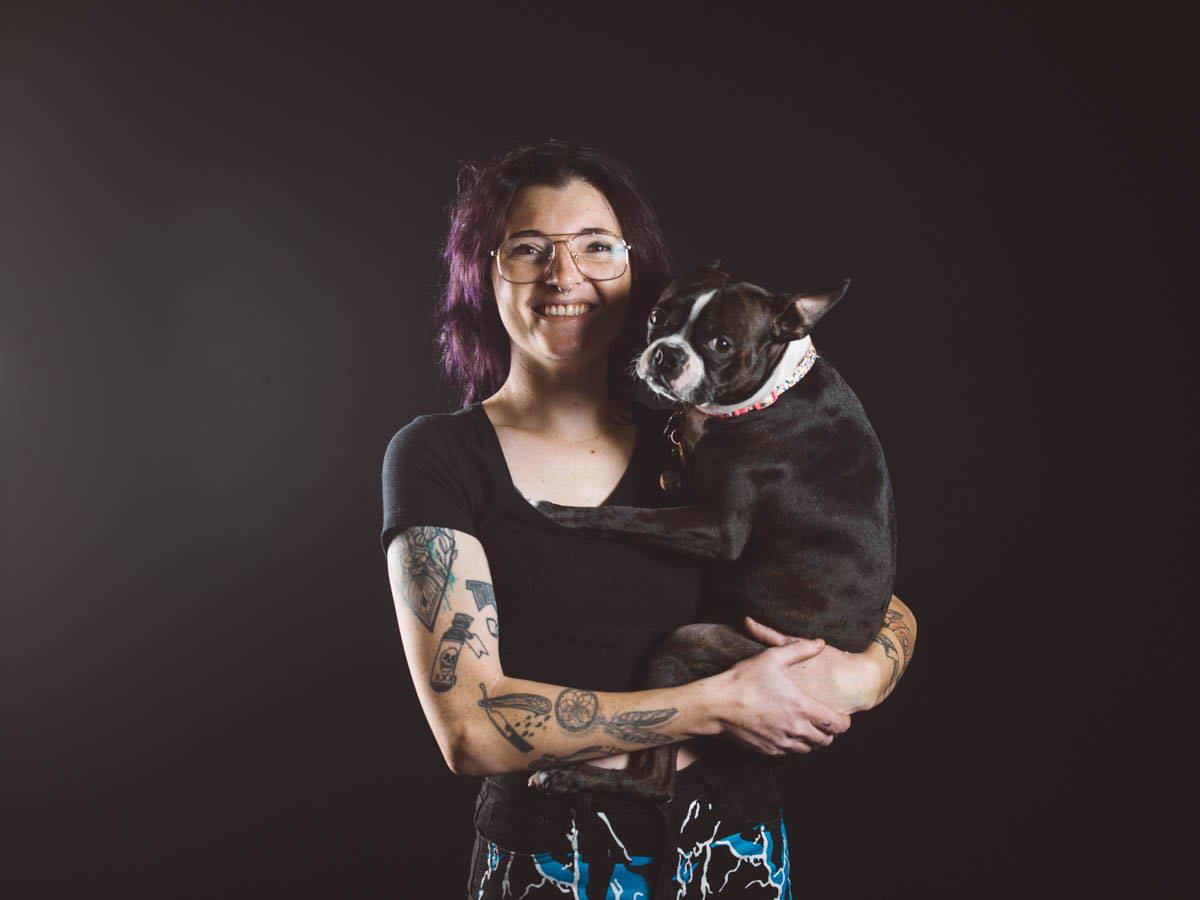 When not working you can find her skateboarding with her pup, Mesa (pictured), or working on her 99 Astro Van! 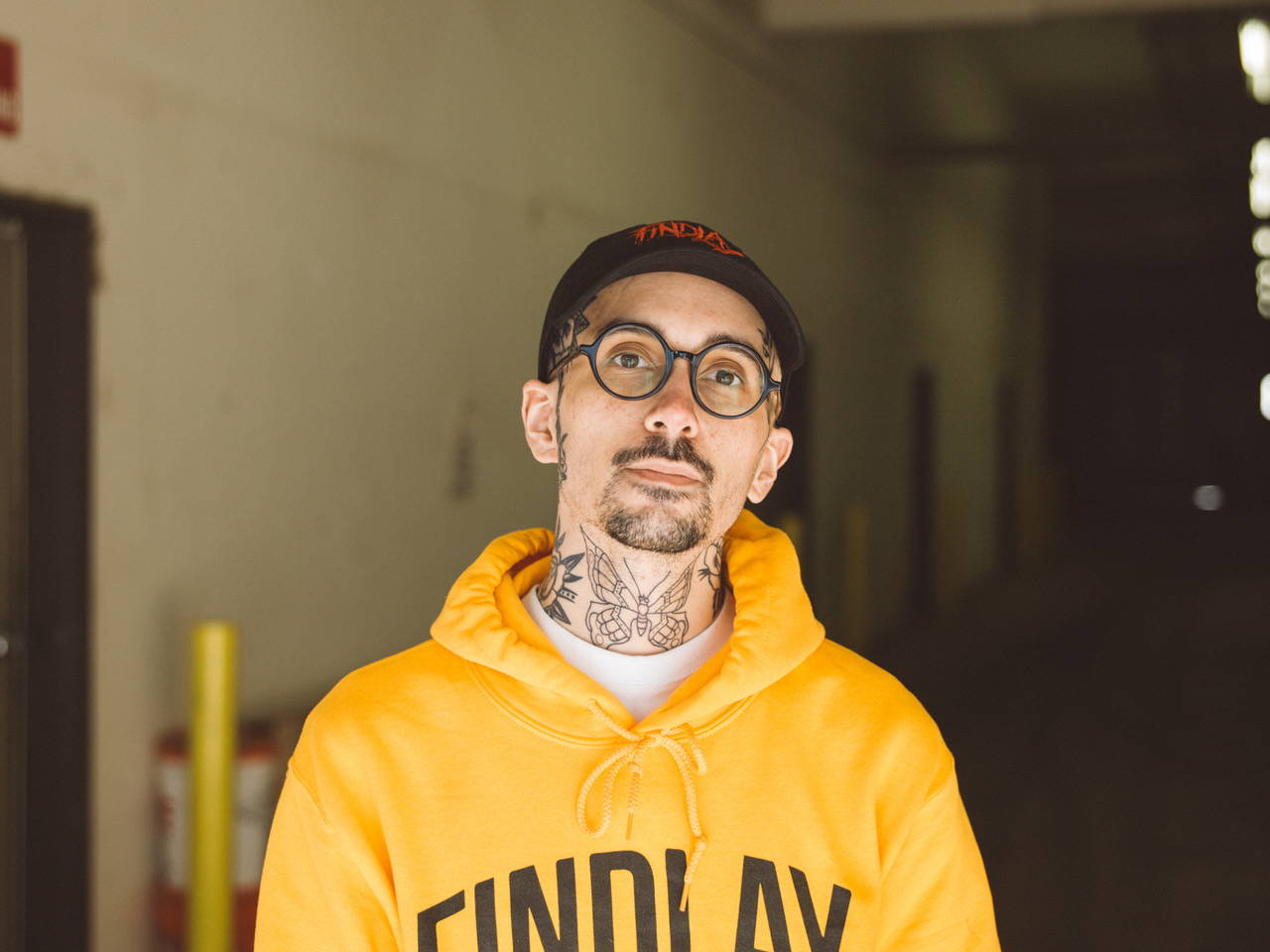 Apple's don't fall far from the tree, because we have another hard working Wishard in the building! Kit runs our 6 & 8 head embroidery machines & is in charge of embroidery samples & mockups. 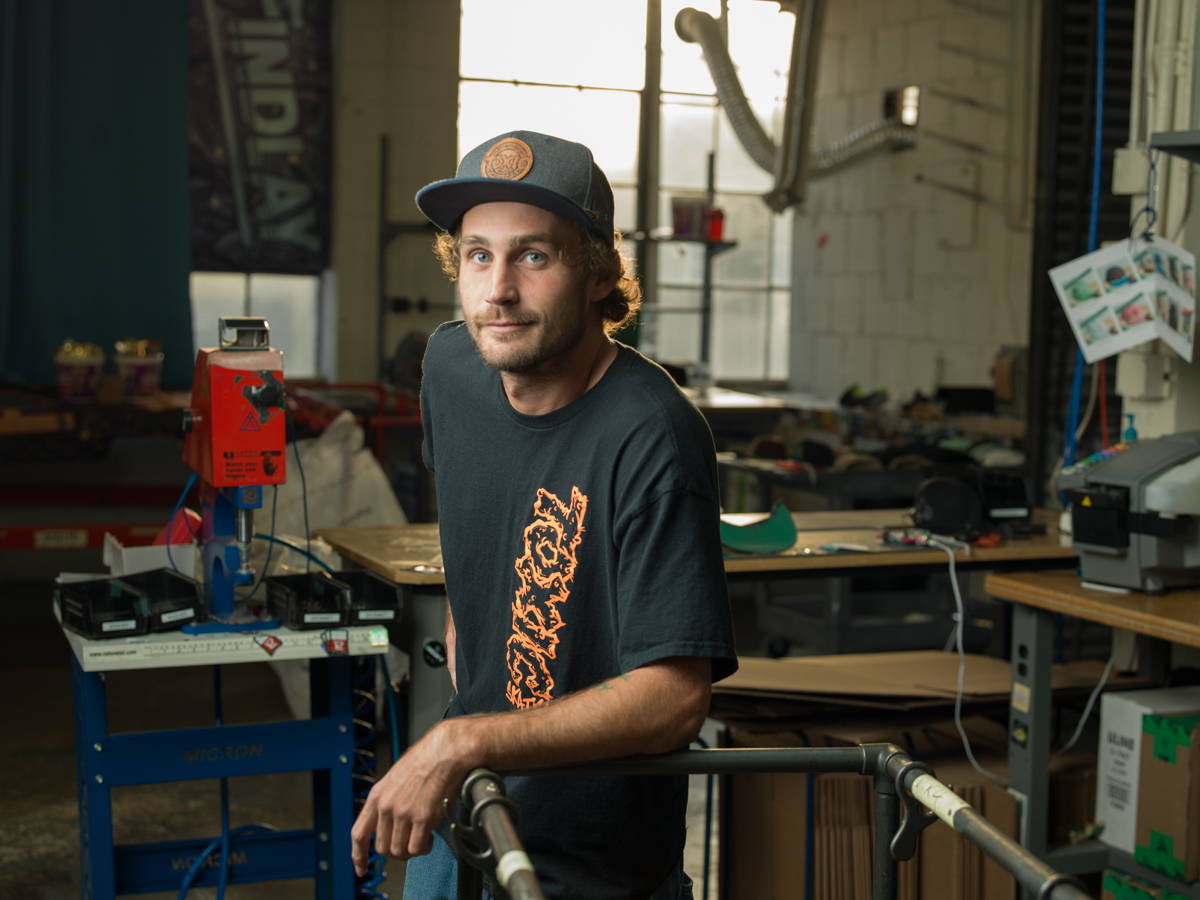 One of our team riders turned employees. He is one of the most fun skaters on our team to watch, and will be playing a big role in our companies relationship with the world of skating. 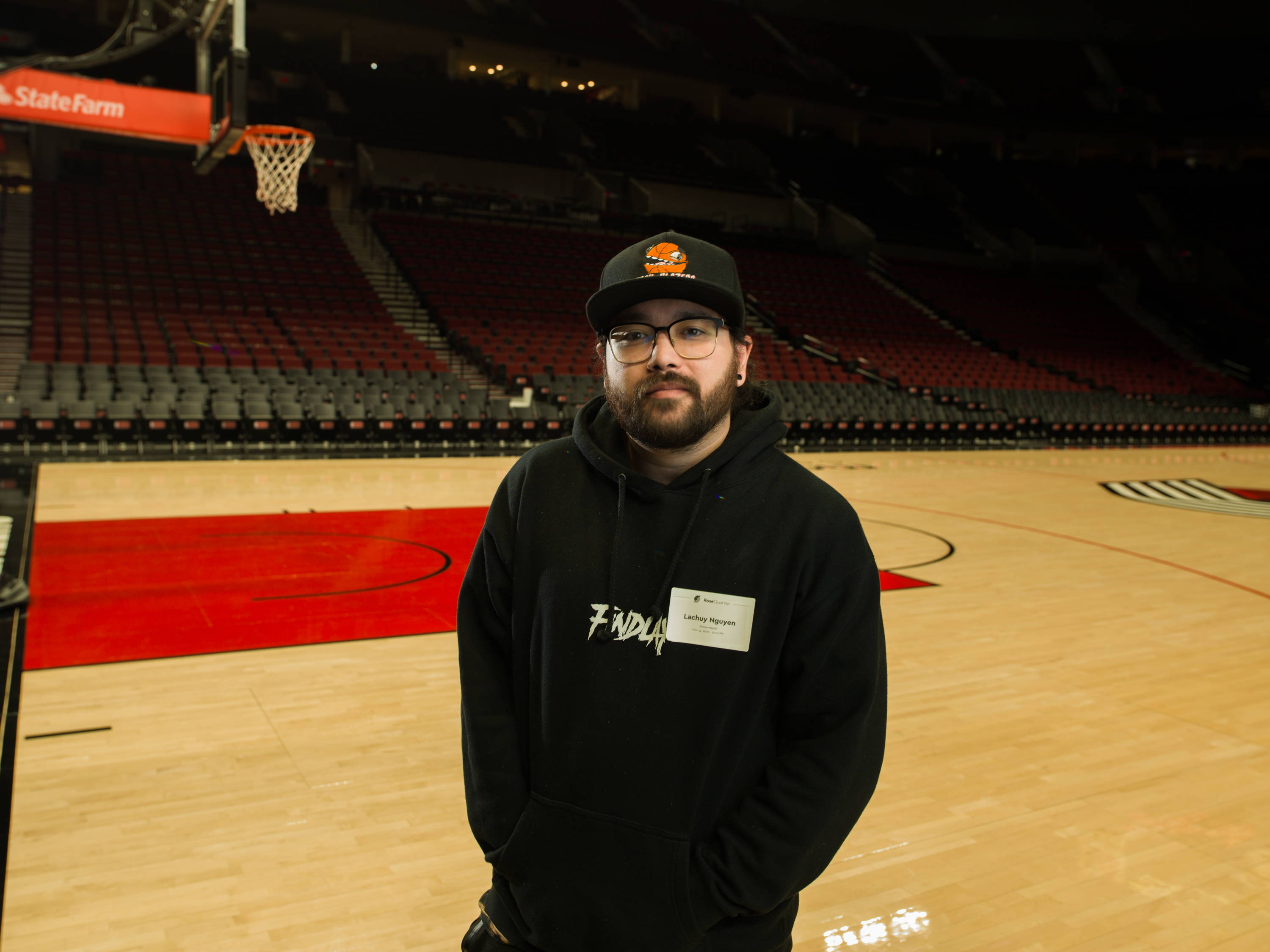 When not at work, he is playing pool, taking photos or playing paintball. Stoked to have Lachuy at the headquarters. 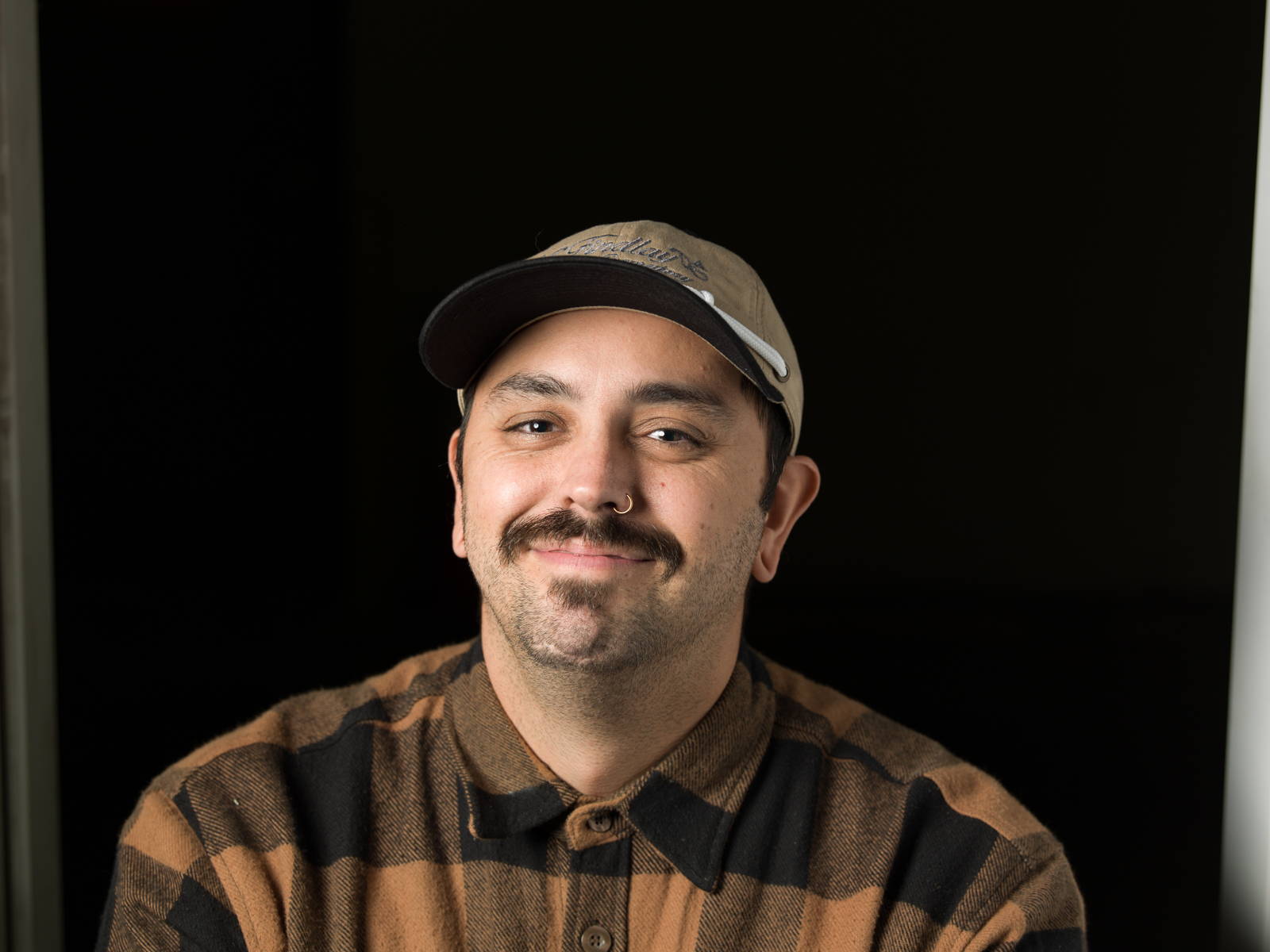 Long time friend of the company, Danny was brought on to help us elevate the brand to the next level. 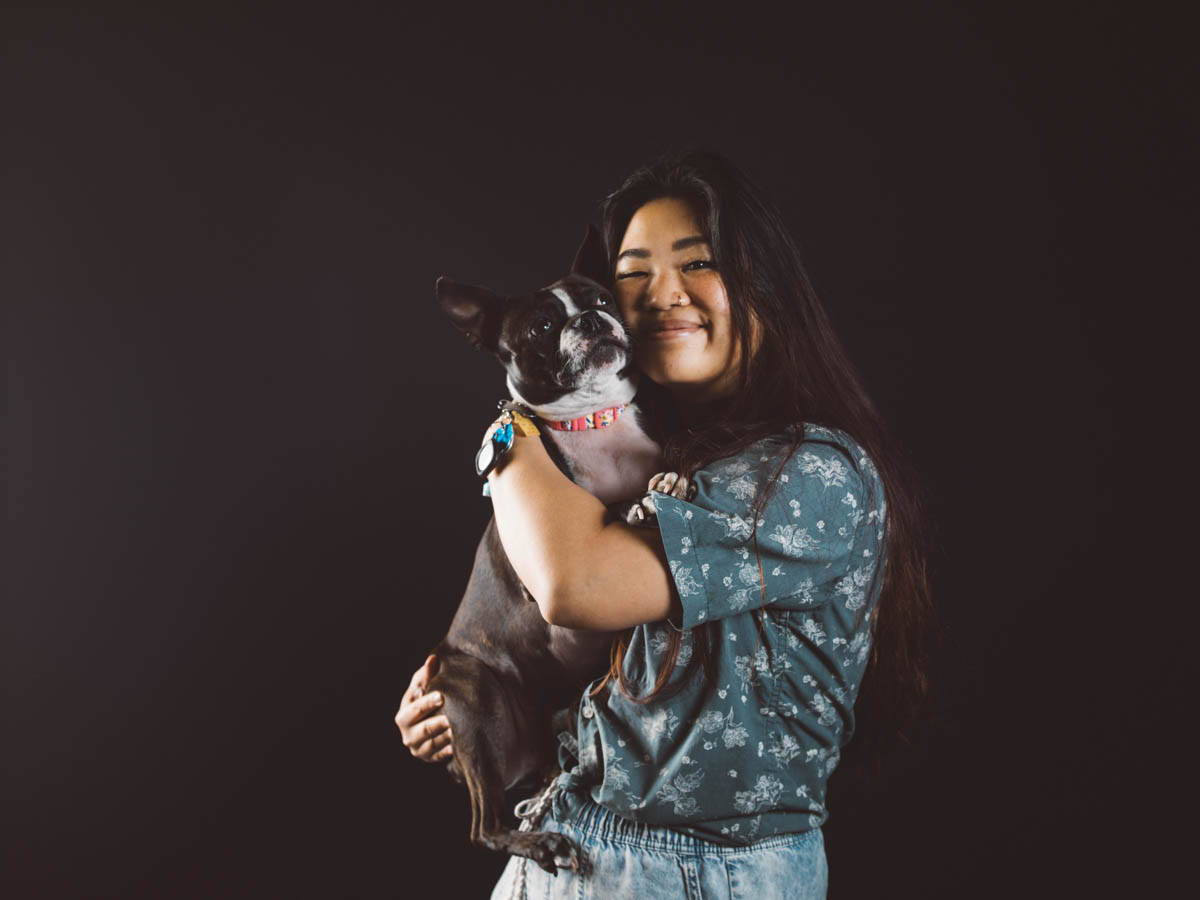 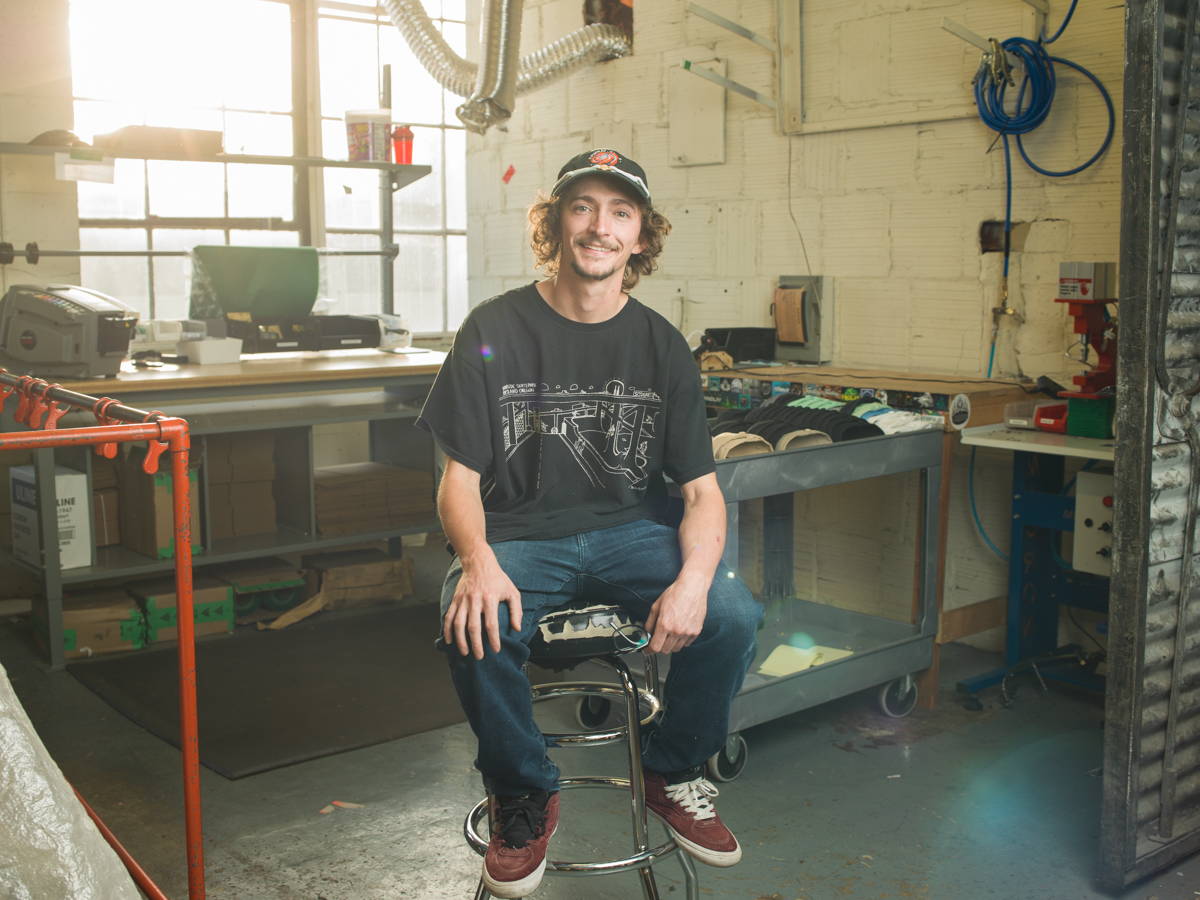 Jimmy is a shining star. 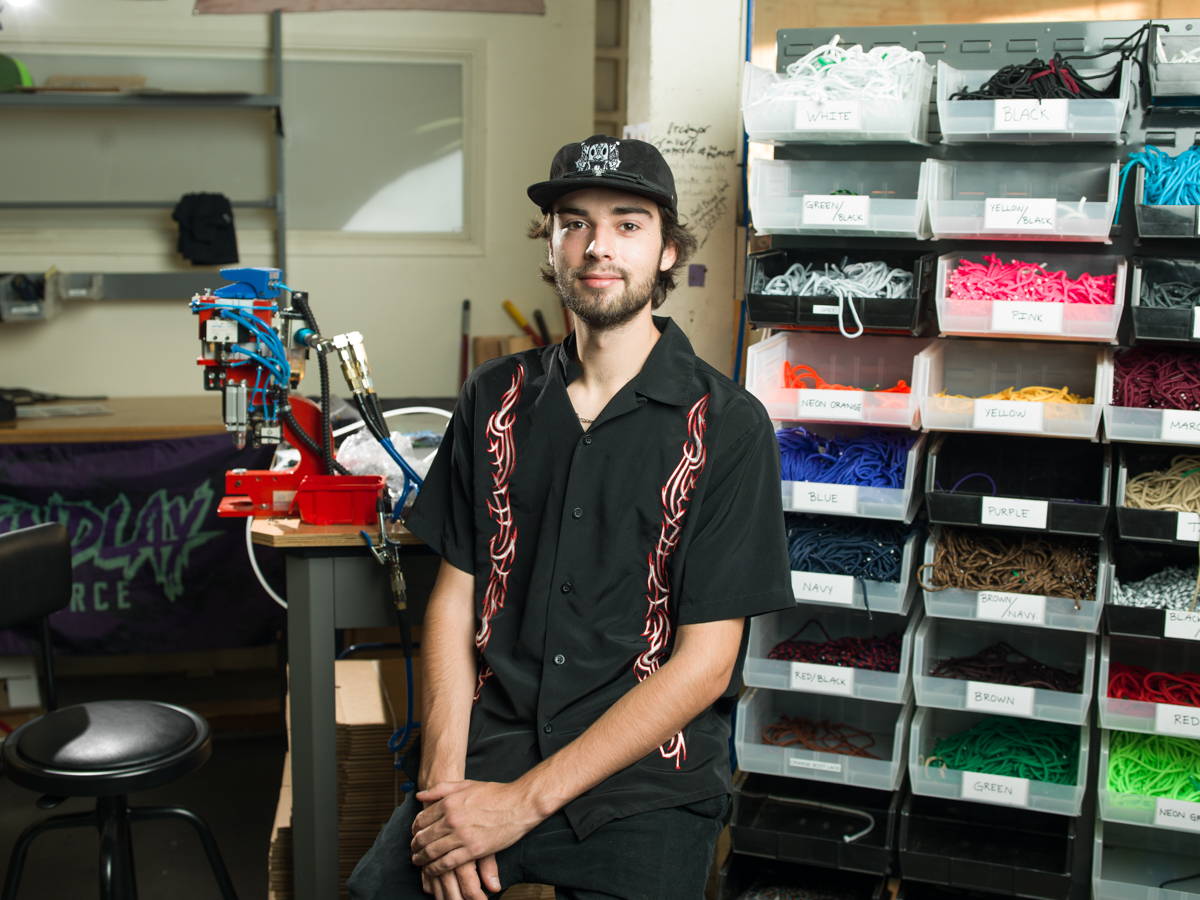 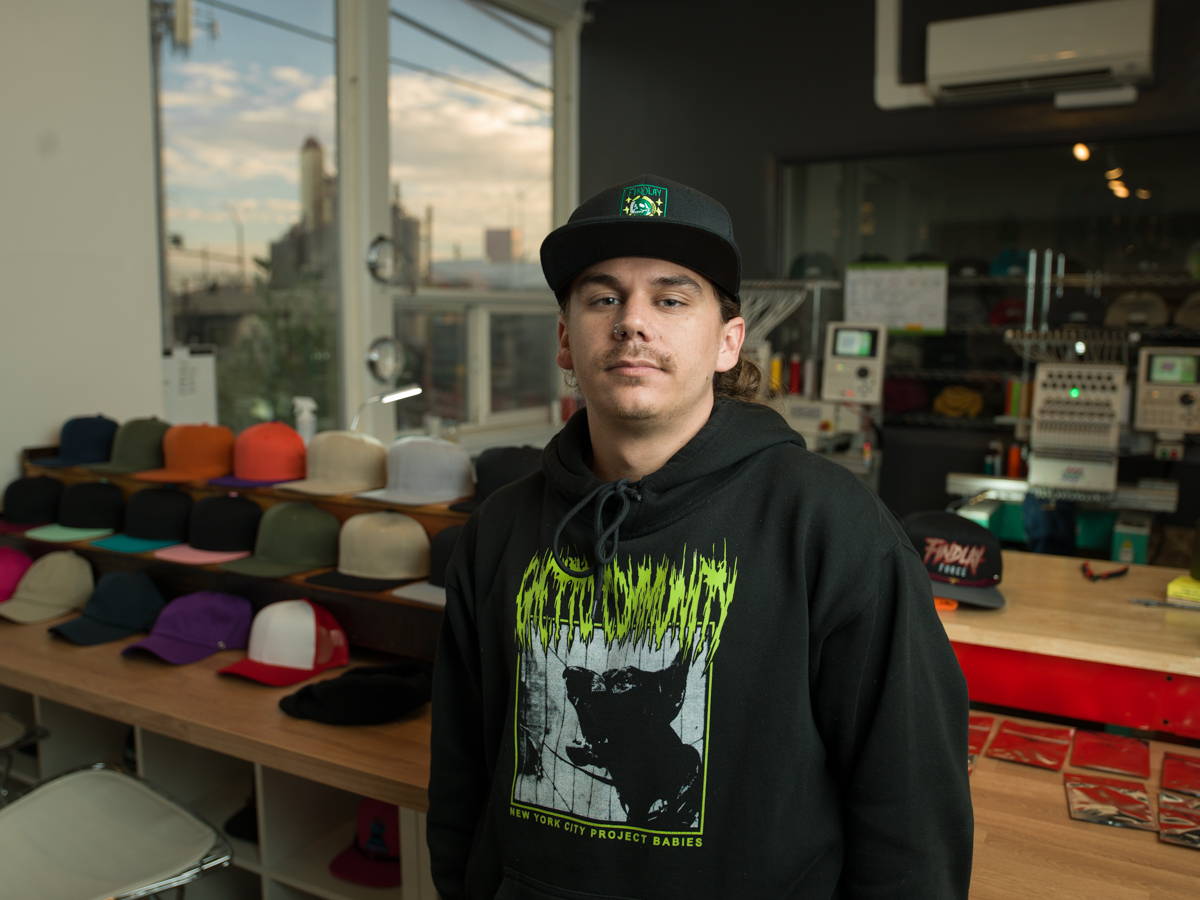 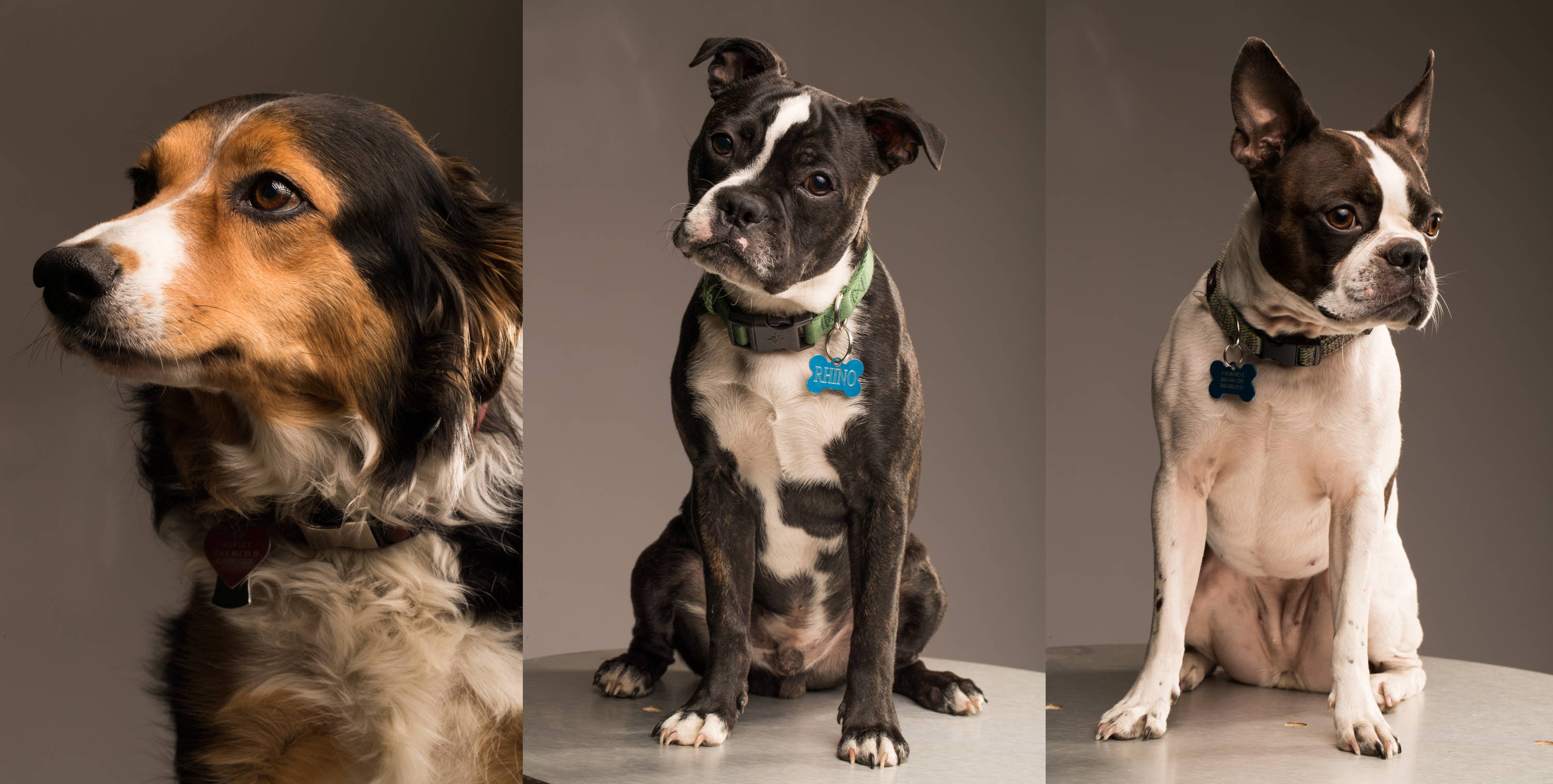 Rhino, Ladybird, Marley, and not pictured, Jackson and Mesa. These guys are the true movers & shakers here. 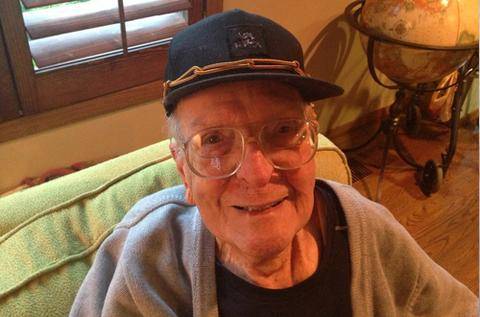 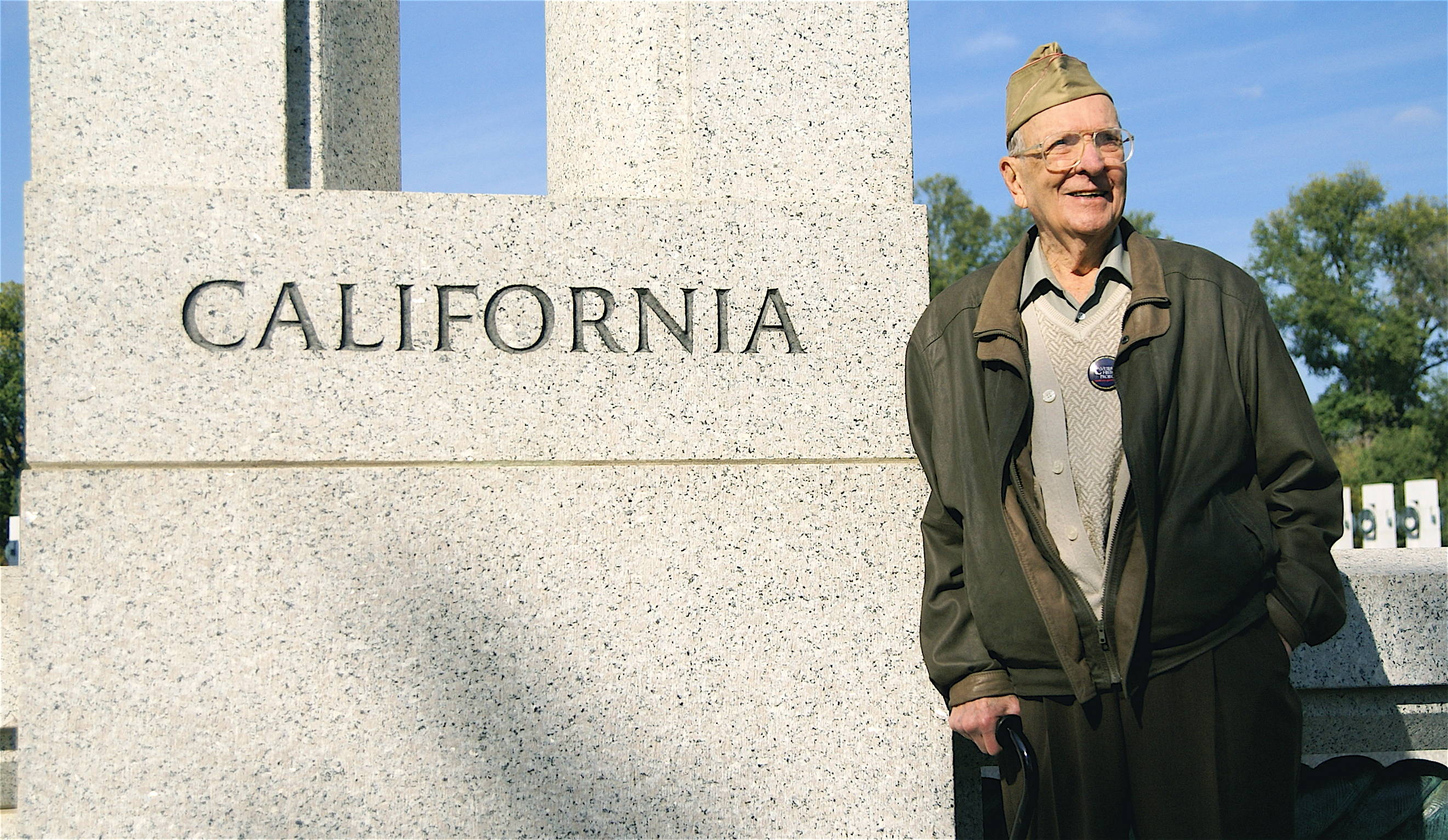 Jimmy's Grandpa and a major influence on his life growing up. He is the inspiration for the Findlay name. He passed away 2 months before the brand officially launched, but was able to see the early stages of its creation.

He joined the Army in December 1941. On July 1, 1942, he was sent overseas for three years. He served in England, North Africa, Sicily and Italy. After the war, Harold entered Pomona College, where he met his wife, Carol. They both graduated in June of 1950 and married in September of that year. That same year, Harold joined Carnation Co., working there for 36 years and retiring in 1986.

Harold and Carol moved to Longview in 1992. He was a volunteer driver for the Retired Seniors Volunteer Program (RSVP), enjoyed Discovery Club and always looked forward to Friday afternoons spent with the "Jolly Boys" at the Longview Country Club.
Fin loved his country, his family, his garden, traveling and parties. He simply loved life. He will be missed. 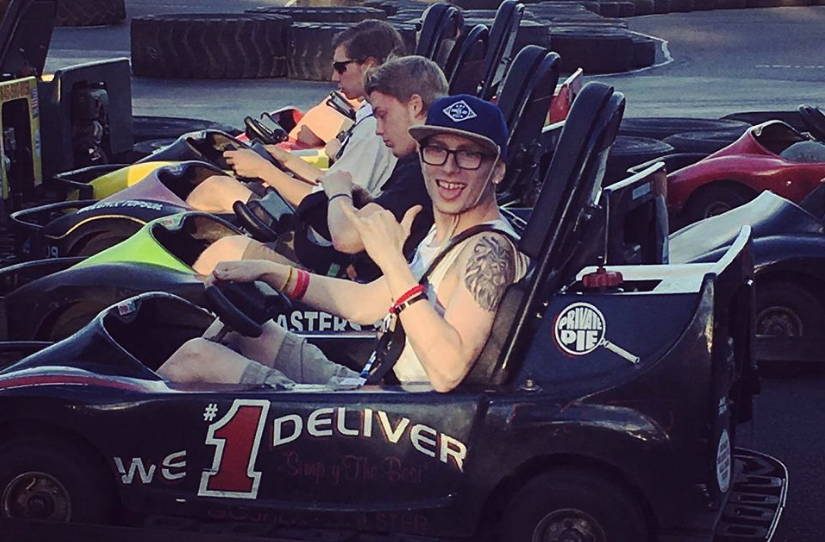 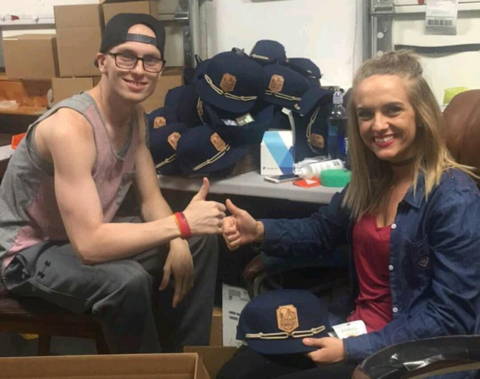 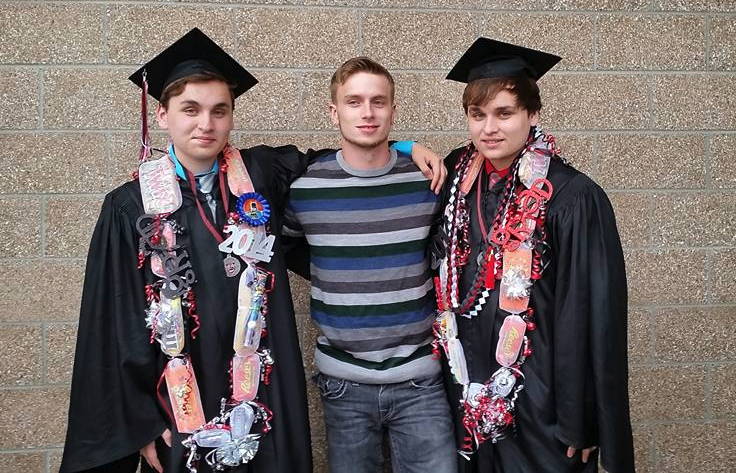 JT was a part-time employee back in the Findlay Garage. We had spent countless hours & late nights together in the garage, busting out orders. His positive & fearless attitude was an inspiration to us all, and he was taken from us too soon.

JT will always remain an important piece of the Findlay Force. 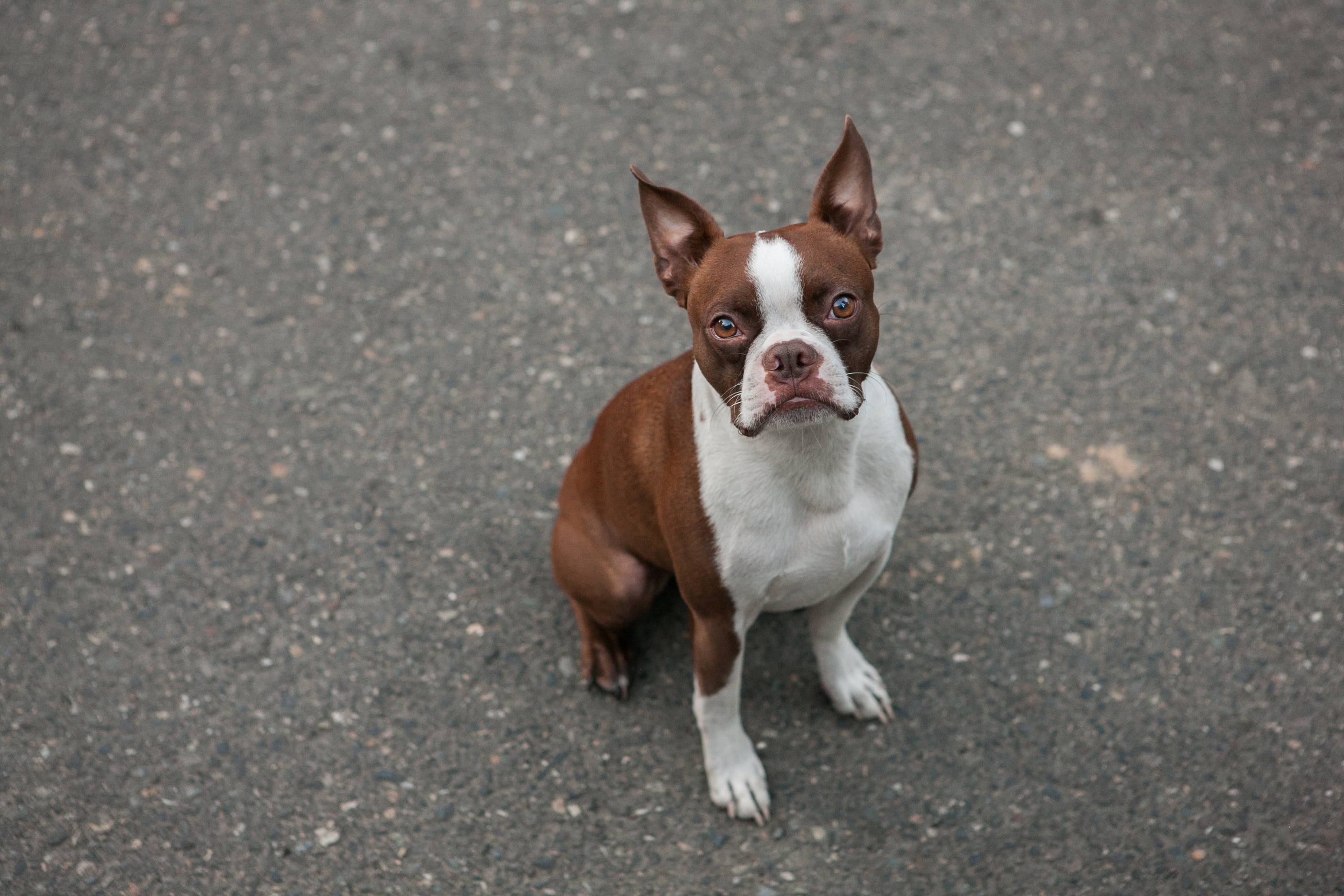 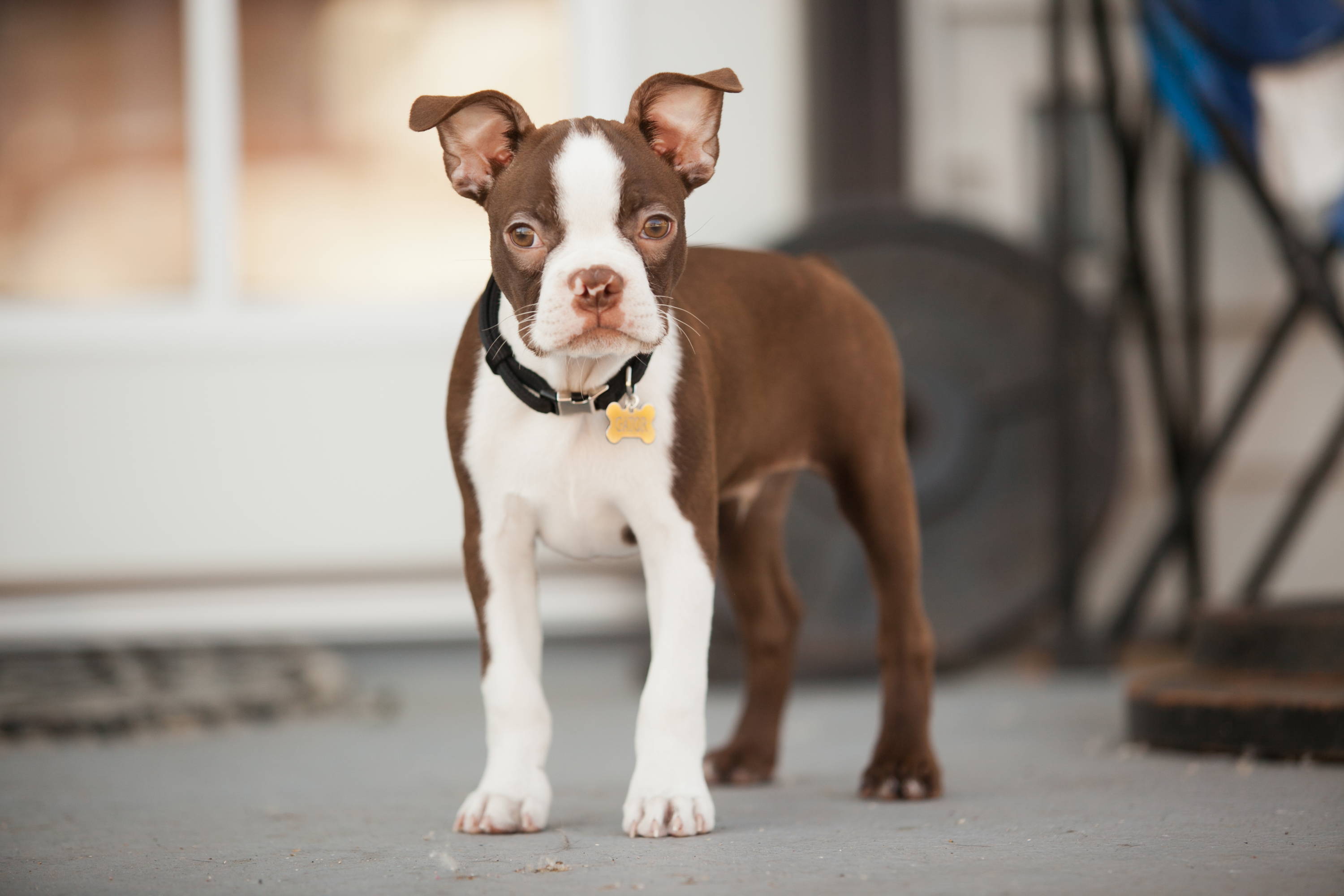 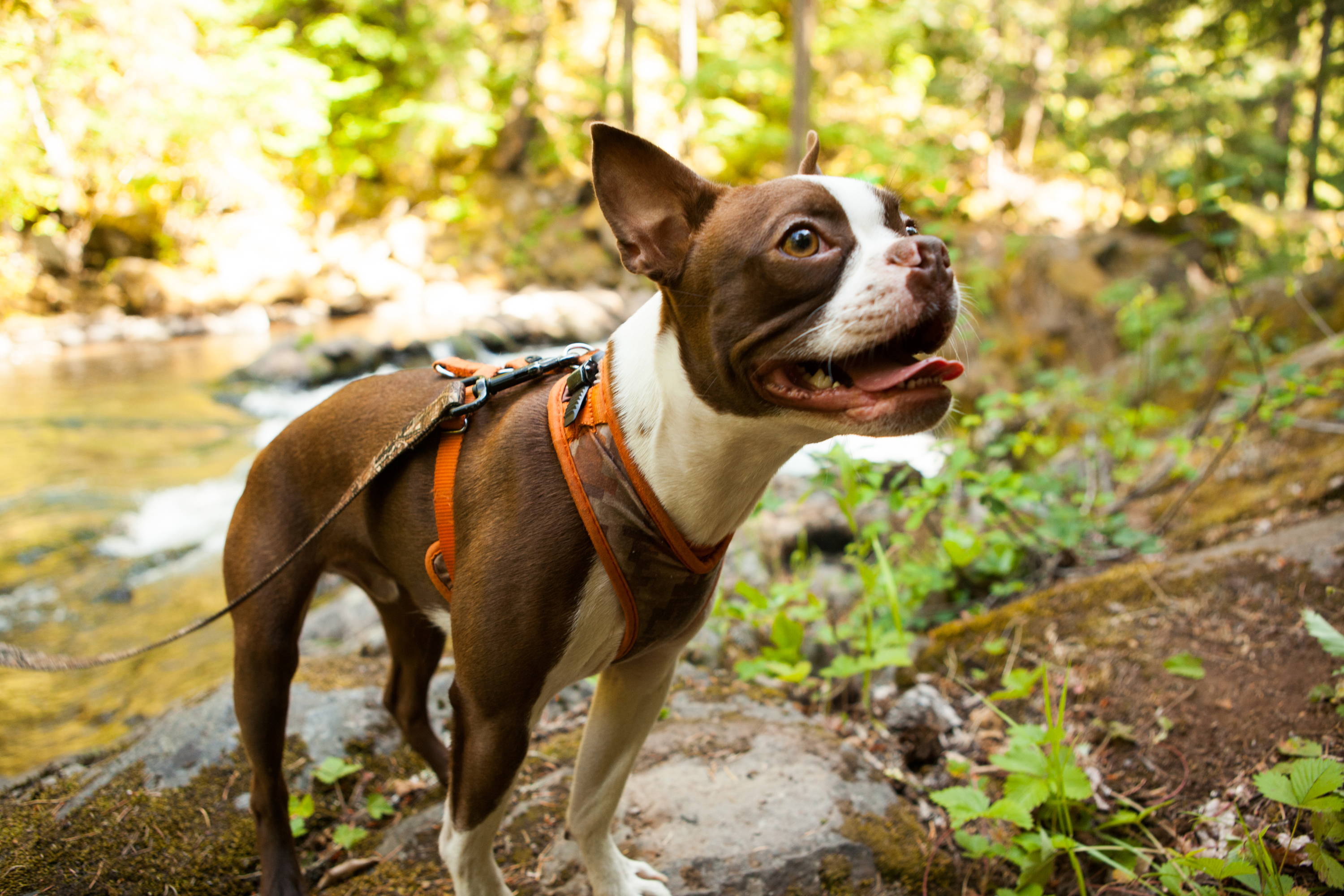 He was a loving, happy, spunky little man and we miss him dearly. While all dogs are great in their own way, this guy was a special pup. He loved people and was just a joy to be around.

We got him as a puppy just a couple of months prior to the company launching in 2013, and he was the Findlay Dog ever since.

He had spent countless hours in the original living room, to the Findlay Garage and now our warehouse with us. This place will never feel the same without him.